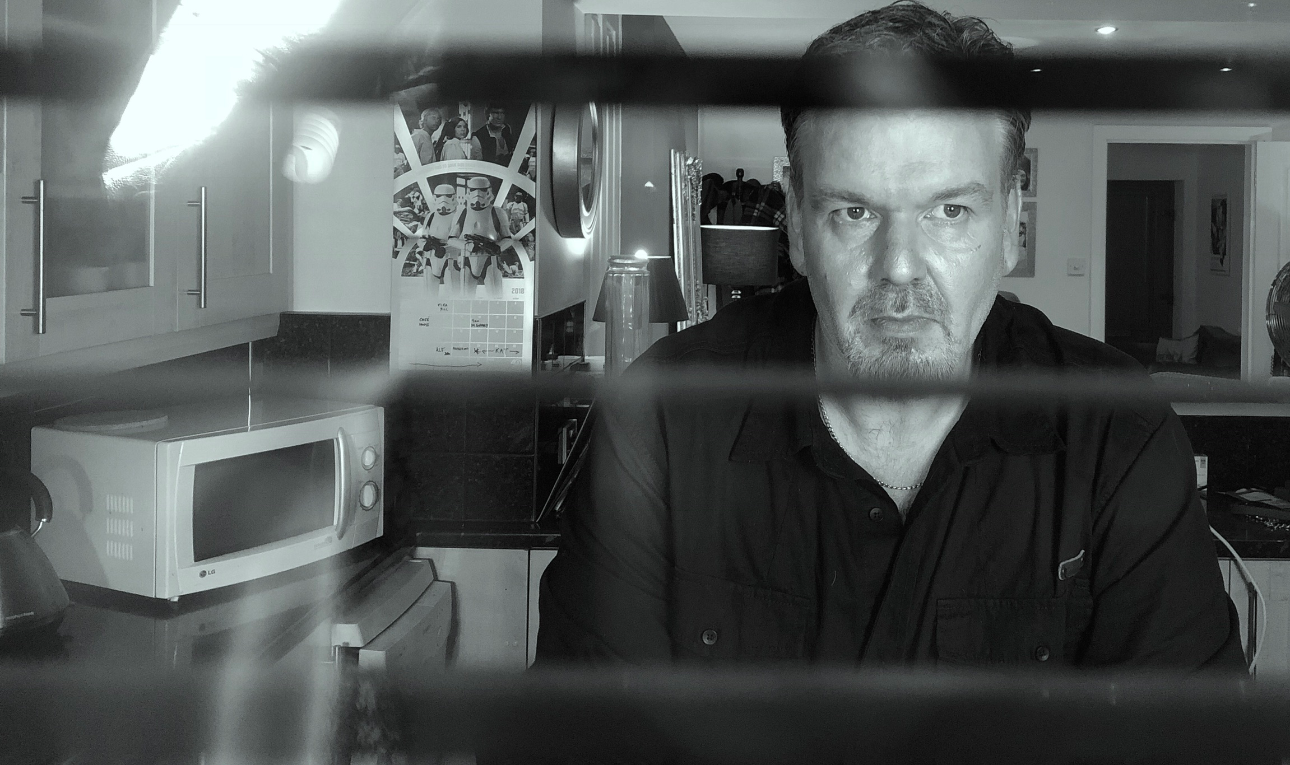 "MONKEYBACK", the first project from KING ZIGGY FILMS, is currently in production.

Filming on locations around the North West of England, this 40 minute SHORT FEATURE is produced by Gordon Rennie and directed by Steve Varnom.
CHARLEY and TERRY, the middle-aged sons of notorious villain, JACK DONLAN, are forced to confront their father's legacy following his death. They find themselves in an impossible situation that draws them back into Jack's brutal world - a world they thought had died with him.

"The sins of the father are visited upon the children"

SHORT FILMS - or SHORT FEATURES - are useful tools for aspiring film-makers - a means to an end - a way of showcasing your skills as a director. Just look on Vimeo or YouTube - you'll see endless examples by thousands of ambitious  young auteurs peacocking their abilities...
The majority of them come from film-school graduates, eager to demonstrate the skills they've worked hard to master. Some of them are brilliant, consummate examples of film craft, utilizing the latest techniques, amazing photography, state-of-the-art visual effects and note-perfect post production. They're very impressive, no question, and the people who made them will probably go on to have illustrious careers as commercial and promo directors...and then, they hope, someone will spot their visual flair and give them a movie to direct. Move over, Ridley!
The problem is, despite the obvious technical and visual expertise of the film-makers, most of these shorts fall...well, short. They're sleek and polished and bursting with style...but they're lacking when it comes to content. Not enough thought has been given to character, performance, story or structure. These things are vital. Without them, a short film is nothing more than a commercial - and they have the potential to be so much more!

KING ZIGGY FILMS (Steve Varnom & Gordon Rennie) are currently shooting MONKEYBACK, a 40 minute SHORT FEATURE, which will be released in 2019. It is being made on a micro-budget, without sacrificing quality or production value. A huge amount of importance is being given to SCRIPT, STRUCTURE, CHARACTER and PERFORMANCE. It's not your typical short. It's not an empty technical exercise. It's a fully-realized feature production that will engage, challenge and entertain its audience. Our ambitions are high. Like the best movies, we're aiming for relateable, layered characters, believable relationships and a gripping story that will pull you in and surprise you with moments of genuine emotional truth. It will demonstrate, without equivocation, our credentials as legitimate film-makers.
Once MONKEYBACK is complete, it will be entered for competition at the most prestigious INTERNATIONAL FILM FESTIVALS.
THEATRICAL SCREENINGS will take place in London. Industry contacts, film and television executives and potential investors will attend, following a targeted social media and digital marketing campaign.
The end-game, of course, is to kick-start the production of a full-scale FEATURE FILM. The first of many. Scripts for these projects are already in advanced development.

"MONKEYBACK" - An emotionally-charged British crime drama that focuses on the relationship between two brothers and the legacy of their career-criminal father.
IF YOU WANT TO KNOW MORE ABOUT KING ZIGGY OR IF YOU'D LIKE TO BE INVITED TO ONE OF THE SCREENINGS
PLEASE GET IN TOUCH VIA THE CONTACT PAGE

Many years ago, I wrote, directed and starred in my first feature film - IT'S BEEN REAL.

The story of Max, a low-level con artist, Dean, his unstable friend, and Joelle, his first love - who's now a prostitute. Max is in a real fix. He made the mistake of ripping off the local mob, and now he owes them a lot of money. As if that wasn't enough, he's obsessed with his ex, Dean is having a breakdown, and friends of his are being murdered. Guess who's going to get the blame for that? Quirky, sexy and emotionally-charged, It's Been Real takes us on a journey into Max's nightmare - a nightmare that eventually leads him to a violent rooftop showdown with a totally unexpected adversary.

On the strength of my enthusiasm, a strong screenplay, the involvement of Eastenders' JOHN ALTMAN as the mob boss, and a rare film role for model SAMANTHA FOX, a small budget was raised (from gangsters, as it turned out) and the film was made. It all happened very quickly. There was only ever one draft of the script - the one we shot! The finished film was very raw, very rough-around-the-edges, but that was part of its charm. It shared DNA with films like Lock Stock and Snatch, and hopes were high. Unfortunately, the expertise of the producers I'd chosen to work with was seriously lacking... and there were complications due to the source of our finance!
Long story short...the film was never released. It broke my heart, but not for long. One of those things, one of those WHAT IF situations. A long-lost little gem, destined never to see the inside of a cinema!
It was a helluva learning experience though. If it doesn't kill you, it just makes you stronger!!

The master print of IT'S BEEN REAL is locked away in a vault somewhere.

Below is the ORIGINAL MOVIE TRAILER. The video quality is awful, but it gives you an idea. Enjoy!